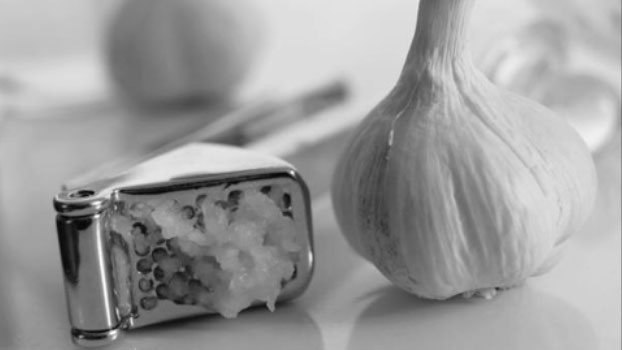 Well, I hadn’t either, until…

In the early 1990’s I was eating at a restaurant on the top of the mountain in Estate Dorothea on the Caribbean island of St. Thomas in the USVI over looking Magen’s Bay. I was dining with friends at an Italian restaurant named Ferrari’s Ristoranté, that was partnered, managed and chef’d by my dear friends, Craig and Sally (who later left and opened their own fantastic eclectic restaurant in Frenchtown, aptly named Craig and Sally’s).

We were seated at table 11, and directly behind us was a corporate group from one of the big hotels on the island. A woman in their group wanted to know “if the garlic was too garlicky.” With a very straight face, Craig told her it wouldn’t be a problem because they used garlic made from tofu. The woman accepted the story and proceeded to order and eat and enjoy her dinner without any further comment.

I, on the other hand, was in the middle of eating and relishing a plate of lasagna that was, of course, perfectly prepared and perfumed with yummy garlic. Anyway, I almost choked when I heard him explain to the woman about tofu garlic. I started to giggle, and Craig immediately bumped into my shoulder to keep me quiet and not blow his story.

We’ve had many a chuckle with that story over the years. I’ve always been tempted to ask an unsuspecting waiter if the chef used tofu garlic… I wonder what the response would be.