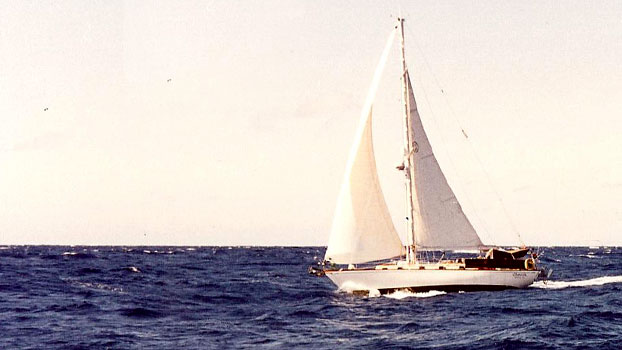 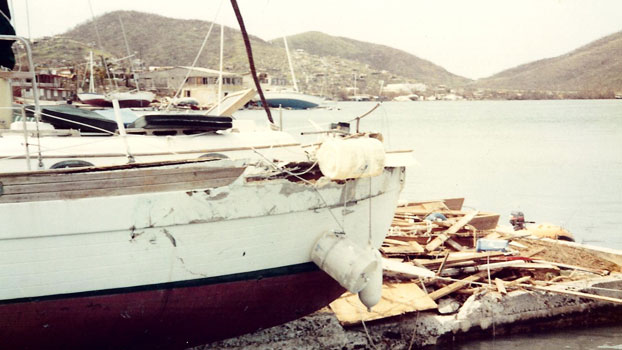 Several weeks later, we ended up living back in St. Thomas on a dear friend’s boat that was one of 20 or so boats that remained floating (out of about 300). He was dismasted, and the mast came through his cabin top, and he sustained some additional damages, but, thankfully, his 65 foot sloop made it. Mick built his concrete sloop himself. As a matter of fact, he built the boat in Hewitt’s Cove, down near Cohasset, Massachusetts. The boat’s name was the “Garrett Lee” after his son. Funny, his was the first boat I ever knew named after a male. Garrett was his son and was the light of his life, so there you go! Mick was a 50 year old Englishman who used to be a coal miner back in Yorkshire, England. He then became a merchant seaman, and finally settled in the Caribbean on a boat he built with his own two hands. Mick also makes the best Yorkshire pudding. I would have been happy to share his recipe with you, but wouldn’t give it to me… in fact; he wouldn’t even allow me to watch him make it! 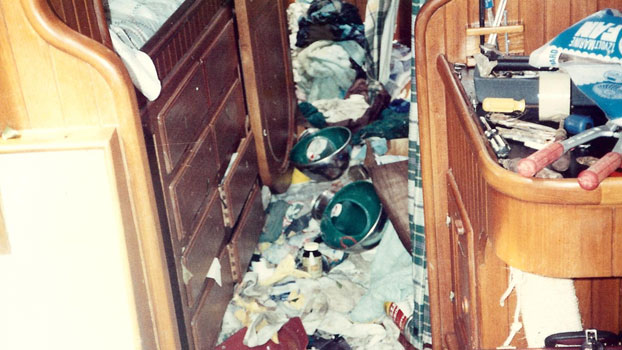 We were actually living aboard Rhiannon while we were building a spec home on the side of the mountain in St. Thomas overlooking the Charlotte Amalie harbor. We called it our “Little House in the Cloud Forest”. The house was just a cistern and a steel frame at the time of the storm, so we sustained only minor damages. The “Forest” was stripped bare and looked like Vermont in February, but our new view was even more spectacular! Our project did get set back by about 2 months, however, because our building crew had to put their own homes back together and we had to re-order some building supplies… a lot of which was donated to help others rebuild.

It turned out that only about 1/3 of the boats lost or damaged had insurance. We were one of the lucky ones. We were adequately insured. Our claim was settled rather quickly, and we had purchased a new boat (a 43′ Mason) and we sailed her from Fort Lauderdale, Florida to St. Thomas over that Thanksgiving. We were indeed, very thankful to have come away with our lives and continuing our live aboard adventure on our new longer and beautiful sailboat named “Cherish”.