The Serrano chili pepper is what is called for in my Mango Salsa recipe. The Serrano pepper is originally from the Mexican regions of Puebla and Hidalgo. This region is mountainous, and the name Serrano is derived from these sierras. The Serrano pepper is rated on the Scoville scale (shown below) on the lower end between 10,000 to 23,000 heat units. The scale ranges from 100 (mild) to a whopping 2,200,000 (Ouch, time for the hospital!). There’s even a chili pepper that is referred to as the “Ghost chili”, and you’ll see near the bottom of this index. There’s actually another chart of chemicals that range in heat from 16,000 for Capsiate to 16,000,000,000 for Resiniferotoxin… I’d definite stay away from these… Yikes!

Christopher Columbus was amongst the first to find these spicy items in the Caribbean and he called them peppers because of their likeness to the pepper used in Europe that had a similar hot and spicy taste not like other vegetables he’d experienced. He brought them back to Spain and on Columbus’ second expedition, the physician aboard used them for medicinal purposes. It’s thought that the chilies spread to Asia with the Portugese traders. As we all know, today chilies play a very large part in South Asian and Southeast Asian cuisines.

Take a quick look at the Scoville scale below according to Wikipedia. Notice that a jalapeño has a range of 2 groups and can actually be as mild as 1,000 and be as hot as 10,000. That explains why sometimes when you buy one for a recipe, your control over the heat index can vary so much. I would recommend starting off with a little, taste, and adjust accordingly. 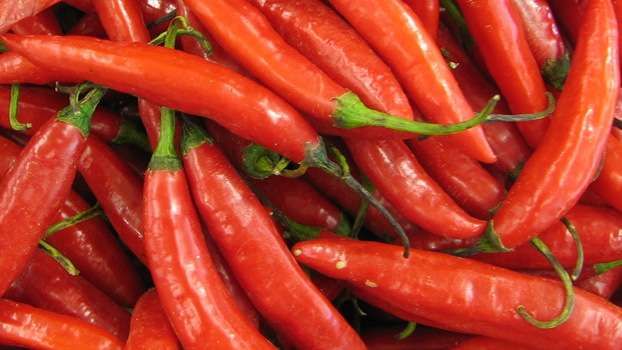 The Scoville scale is the measurement of the heat of chili peppers in Scoville heat units. The scale is named after its creator, American pharmacist Wilbur Scoville.
Please like & share: