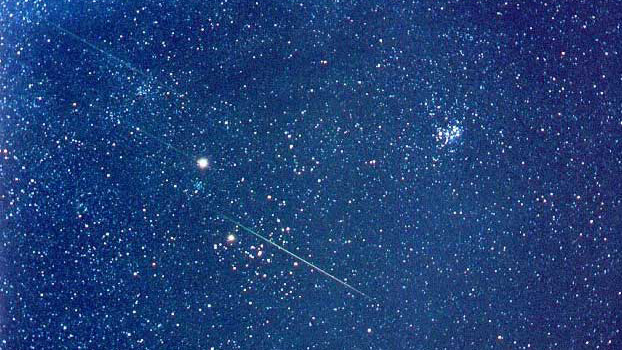 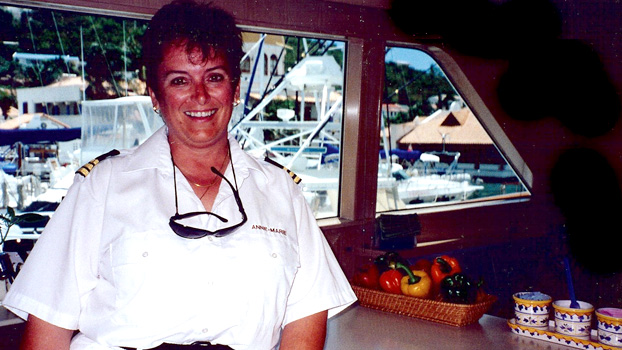 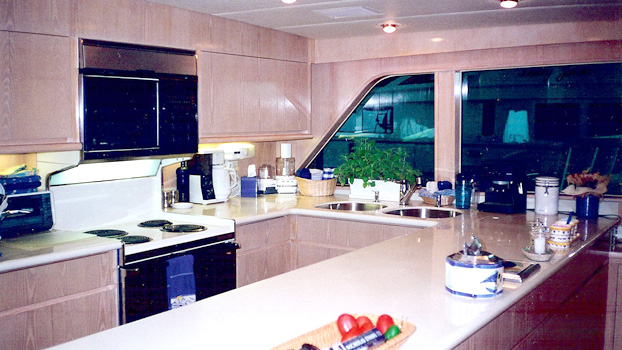 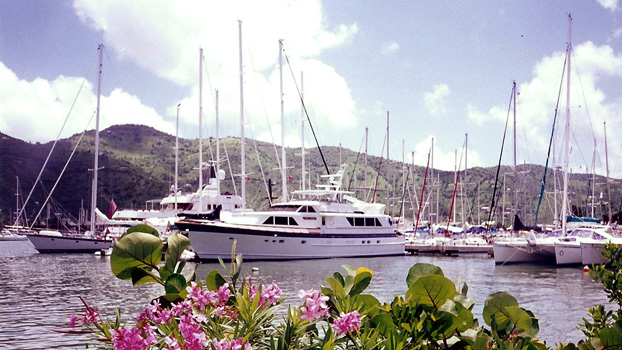 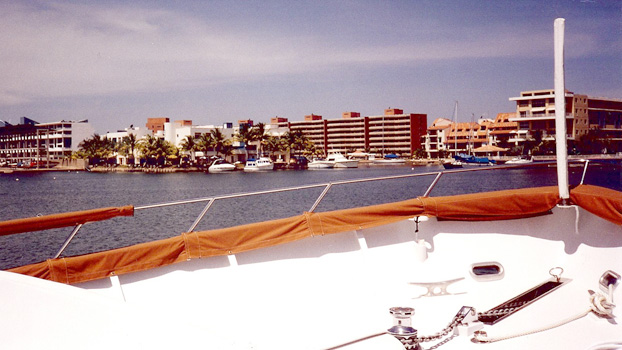 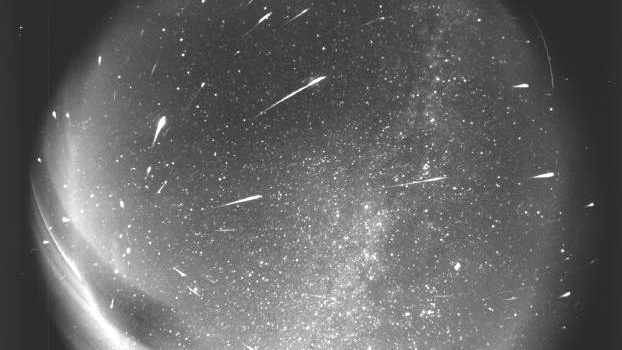 In 1998 I found myself working on a private yacht as the Chef and 1st Mate in the Caribbean. The yacht was stationed in Saint Maarten, the Dutch side of the island. The late summer and fall of 1998 proved to be an over-active Hurricane Season, and the yacht I was working on ended up having to run from a large hurricane taking aim at Saint Maarten. It was decided that we would head down island ahead of the storm to the island of Grenada. We ended up anchored out because at that time, there was not really a marina that could accommodate a vessel of our size at a dock or pier. Saint Maarten sustained a hard hit from, if my memory serves me correctly, Hurricane Georges and there were many boats on the bottom and the channel into the harbor and the entrance to the marina was blocked. The Captain realized that it wasn’t good for our engines or generators to sit indefinitely in the silty anchorage, so the decision was made to head further south to Puerto la Cruz, Venezuela. We ended up having to spend a couple of months there until all of the hurricane activity died down and we received news that we could re-enter the channel to return to the marina we were calling home base that season.

In mid November, we left Puerto la Cruz with our Owner’s sons who wanted to do the passage back to Saint Maarten with us as crew and we headed for Isla Margarita. We spent the night there, and the boys enjoyed a fun evening ashore.

We left the next morning to blustery winds and square seas. It didn’t take long for the boys to see the error of having so much fun the evening before. Everyone was feeling pretty under the weather, and their expected adventure turned to a very unpleasant passage. We weren’t surprised when the next morning they asked if we were close to any islands because they all thought they should get back to work. The Captain told them we could pull into the island of Martinique and they could fly home from there. We pulled in, anchored in the outer harbor, the dinghy was lowered, and they were taken to shore. Now there was only two of us for the remainder of the delivery passage back to Saint Maarten.

As soon as we left the protective shelter of the harbor, the weather had turned, and the seas were calm and peaceful. The day passed without any event, and we quietly motored into a beautiful clear and starry night. No sooner had dusk arrived, and these meteors started streaking across the sky. It was a magnificent show. At one point during our overnight passage there were so many streaking across the sky at the same time that you couldn’t even count them. We could watch them splitting into two pieces and they looked like they were falling into the ocean just ahead of us. We were miles from any of the Leeward Islands and had nothing to impede our heavenly view.

It was such an overwhelmingly fantastic light show, that when my helmsman watch was over, I just lay out on the deck and watched it all night. It was a once in a lifetime sort of event and I just didn’t want to miss a single shooting star with their beautiful glowing trails! I was perfectly content to sip my coffee and nibble on my heated peanut butter and jelly sandwich and just take it all in.

I found out after we safely made it back to our dock in Saint Maarten, that the shower is an annual event with some years more prolific than others. 1998 was one of those unusually active showers. In 1998 Leonids occurred during a spectacularly clear and moonless night in the Caribbean Sea. In Europe, there were counts of between 200 and 300 per hour. From the Canary Islands, it appeared that counts over two-minute intervals indicated around 1,000 to 2,000 per hour!

It is explained that the annual event called the Leonids Meteor Shower is the result of tiny bits of debris and sand particles blown off from the Comet Temple Tuttle. This event happens every November. It’s noted that when meteors enter the Earth’s atmosphere at speeds up to 158,000 mph, they burn up, and frequently leave glowing trails for seconds or minutes before getting vaporized. The growing trails are what we call meteor showers and they are commonly called shooting starts.

I was fortunate enough to be at the right place at the right time. It’s a wonderful memory that I can still see in my mind’s eye. I sincerely hope you might be as fortunate on a crisp, clear and moonless November night. Plan to be out of the brightness of the city and in the country or better yet, floating out at sea with nothing to distort your view!

Here’s a few additional interesting facts, if you find yourself interested in this celestial event…

When to Look For: mid November. The time may vary depending on the intensity of the event the year you are interested in researching

It’s Direction: The components of the meteor shower revolved around the sun in a direction opposite to the Earth.

Leonid actually creates a recognizable sound when they make their way into our atmosphere. They leave an ionized trail of gas that causes whistling or bussing sounds.

The Leonid shower also struck the moon which you can see from earth. Because the moon doesn’t have an atmosphere like earth, so the debris explodes after slamming the moon’s surface. The seismic records show that these events have happened as late as 1999 and 2001.

The 2015 Leonid meteor shower will peak on November 17 and 18. Meteor showers are easy to watch. You don’t need a telescope or and magnification. You just have to be out of the city and away from lights if possible to get the clearest view. It can be seen by both hemispheres! 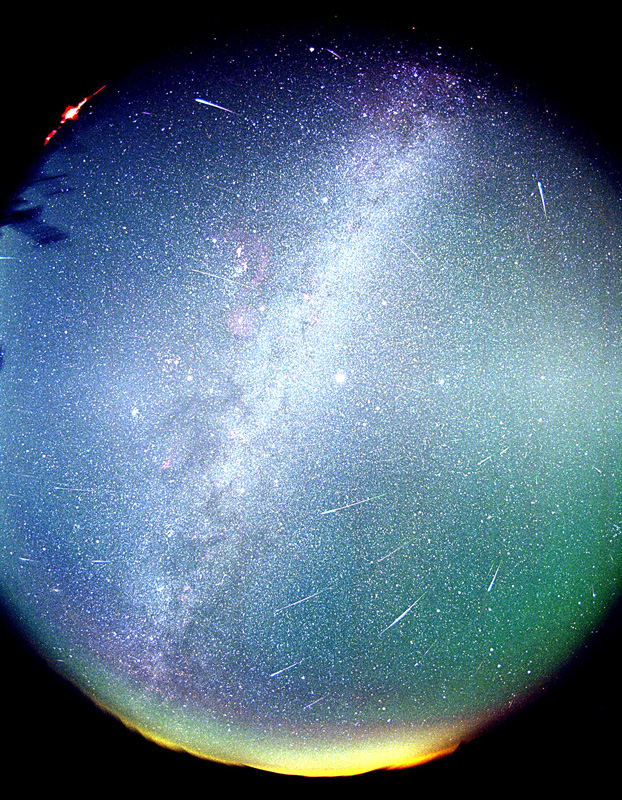 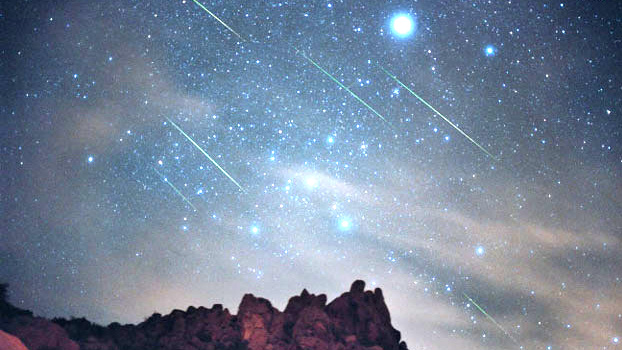 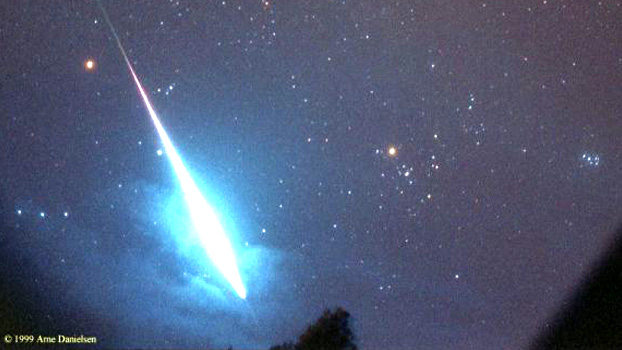