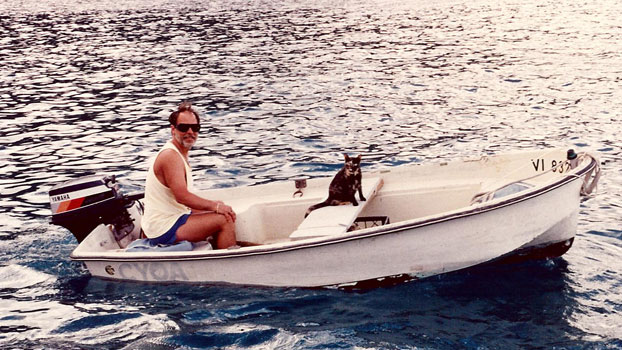 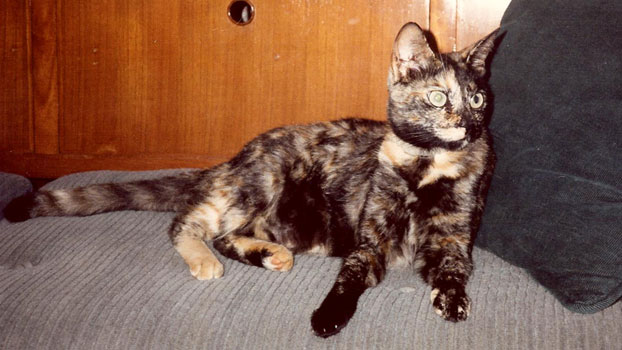 Kali, the Cat that Survived in the Bucket

I’m thrilled that everyone has enjoyed my hurricane story, and a lot of you have expressed interest and concern regarding Kali’s survival… I didn’t realize I’d left some of you hanging!

I’m happy to report that Kali was one of the few small pets that actually did survive. It turns out that the waters were so contaminated with diesel fuel, ruptured generator gas tanks, etc., that sadly, many of the animals got saturated with it, and as we all know, cats, ferrets, birds, etc. lick themselves to clean themselves. Unfortunately, many of the smaller pets succumbed to toxic poisoning from heavy licking after safely making it ashore a few days later.

Kali was only in the contaminated water for basically the one big wave and was then put into the bucket with all the rope on top of her that must have started to possibly rub against her fur. Then when we finally made it into the shelter, I was given a clean dry hospital Johnny to get me out of my wet and contaminated T-shirt and then wrapped in a blanket.

I went to one of the resting locations and took Kali into my lap and wrapped her too in the blanket. She dried off in the blanket and wasn’t given a chance to lick herself clean. I’m pretty sure that I, without even knowing I was saving her, kept her from ingesting all the toxins by bundling her up inside my blanket.

So, gladly, Kali survived and moved aboard CHERISH with me, and lived and sailed aboard and for the next 7 or so years. When we decided to change our careers to yacht crew, I was torn because I couldn’t take Kali with me, but to my relief, a dear friend adopted her for me. Kali thrived and remained with Arlene for the next 10 years, and passed away from old age at the ripe old age of 18.

Thanks for your concerns over my dear Kali.

One Response to A Yacht Chef’s Old Hurricane Story [Addendum]