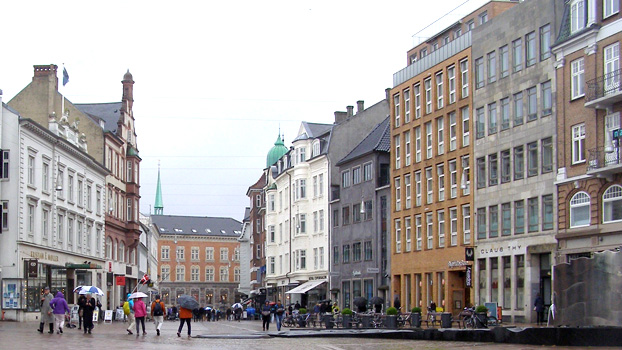 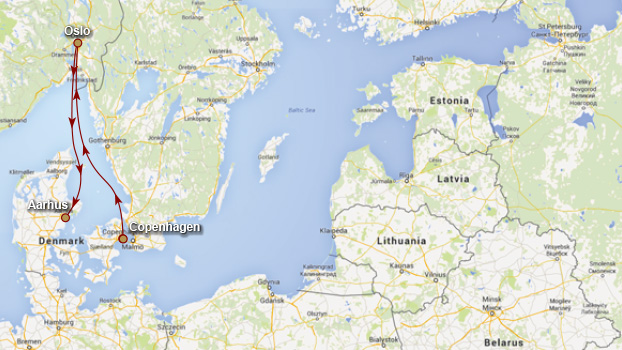 We arrived in Aarhus, Denmark on Wednesday, June 17, and thankfully, we were able to sleep in a bit. Our 3 hour “Best of Aarhus Tour” didn’t start until 12:45, local time. Did I mention that this part of the world is 6 hours ahead of us?

Unfortunately, it was pouring rain and was damp and cold. We bundled up in layers, donned our raincoats and unpacked our umbrellas. It’s too bad, because the sites were great and Joanna, our tour guide, was extremely knowledgeable.

We hopped on the tour bus, and the first stop was Queen Margaret’s summer home, Marselisborg Palace. She happened to be in residence, so we were not allowed to enter the grounds. However, we were able to stop and take a few photos, which sadly got washed out and spotty. We then reboarded the bus and proceeded to get a bus tour of the local college and grounds. I think Joanna was hoping the rain would stop – it didn’t, it continued to come down hard and steady!

We all agreed to forge on, so our next stop was Den Gamle By – a Danish open-air museum. It was meant to be a living picture of life in Denmark as it looked in the 1700’s to 1900’s. We were hoping to stroll down its cobbled streets, meet the local baker, priest, or even take a carriage ride through The Old Town. I thought I might bump into Hans Christian Andersen at any minute or meet him coming out of the bakery. Different sections of the town show different eras of time. While you might come across geese roaming freely in the streets and the clergyman’s widow in the period of 1550 t0 1890, you would enter a quarter of the city from the 1920 showing electric street lights and telephone wires. This open-air museum was a fantastic look at typical life in Denmark during that period of time. We tried hard to duck from building to building and not allow the rain to dampen our spirits. 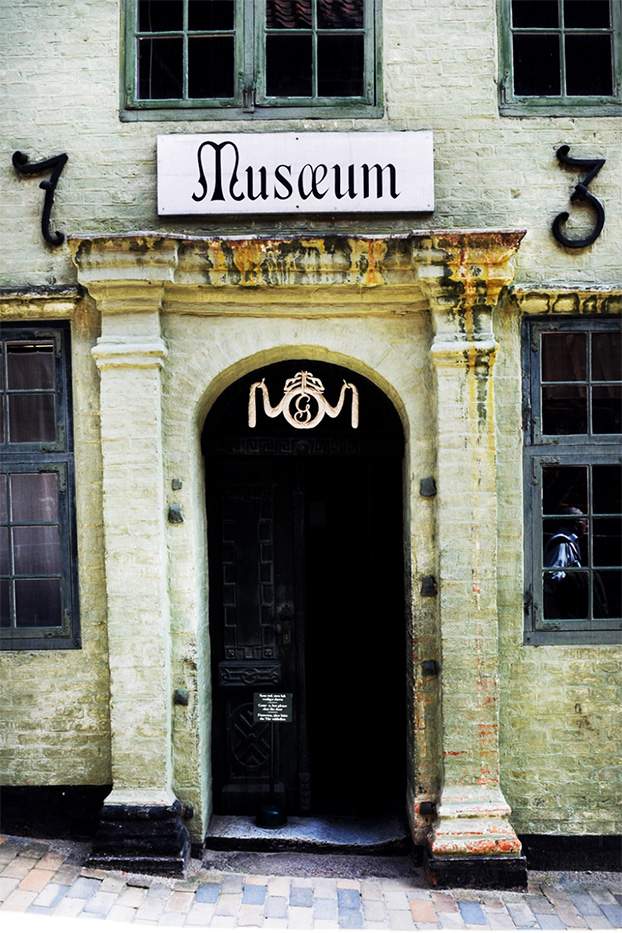 A National Open Air Museum of Urban History and Culture. 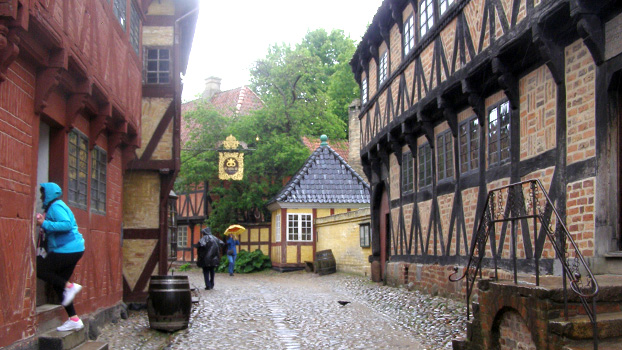 The Old Town Museum is a unique museum – you can meet the people and characters of the past, experience life as it was in their living room and kitchens.
Aarhus, Denmark 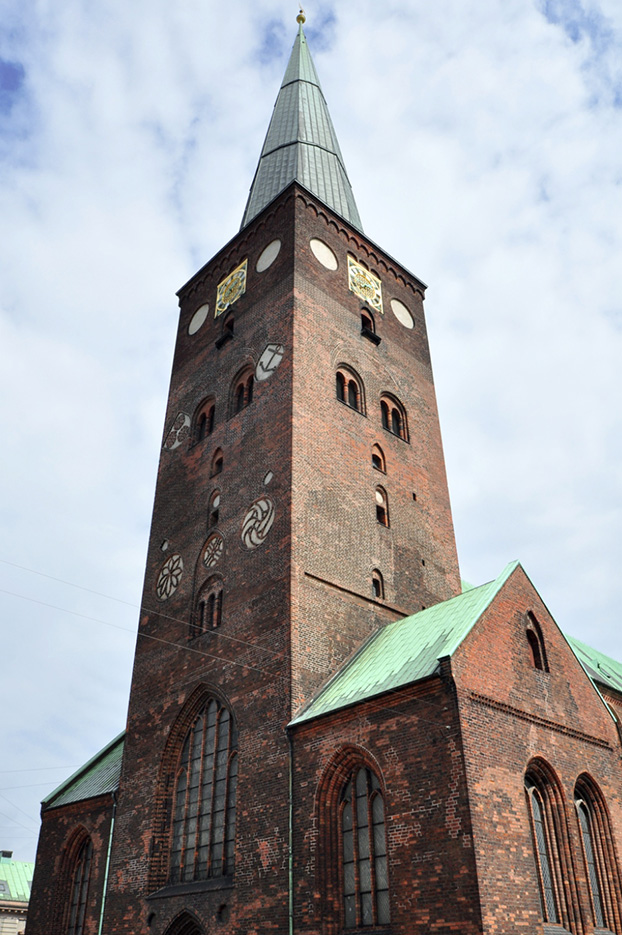 The Aarhus Cathedral
The cathedral is dedicated to St. Clemens, who was the Roman Pope 100 A.D. 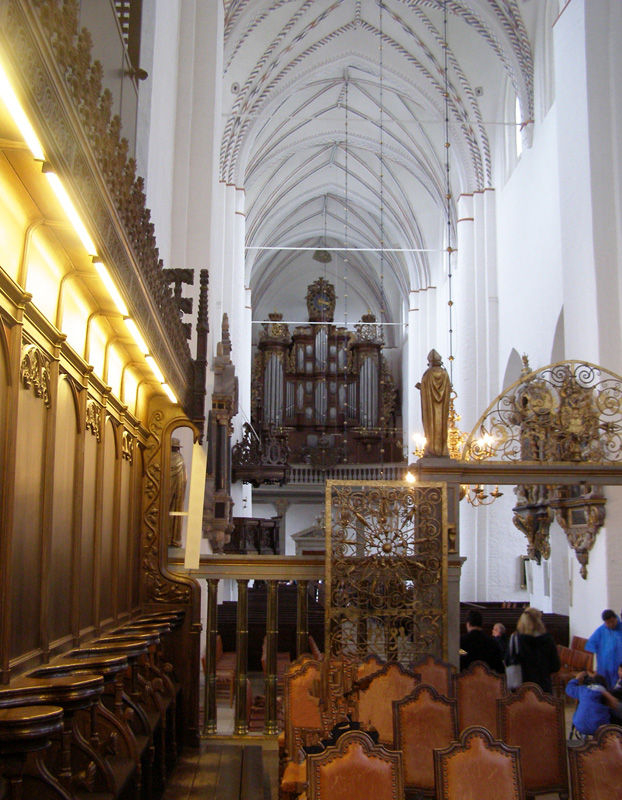 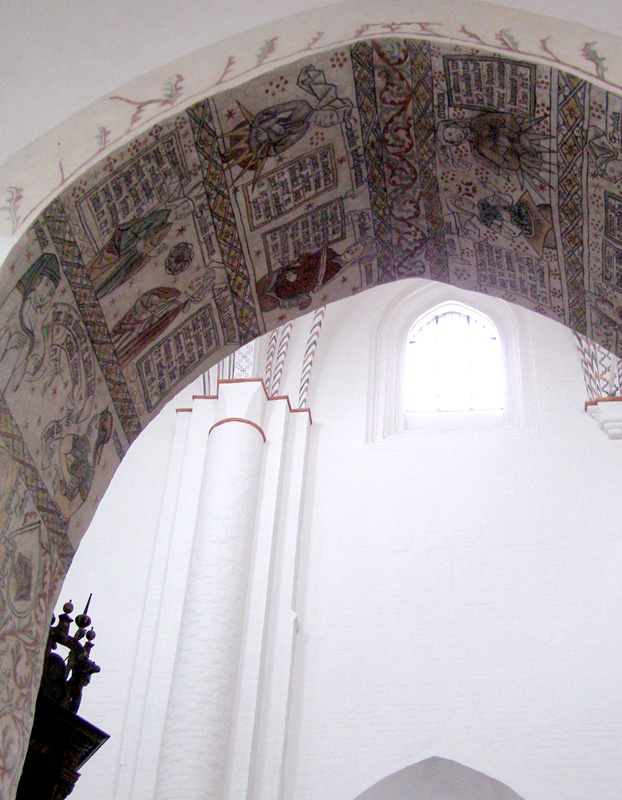 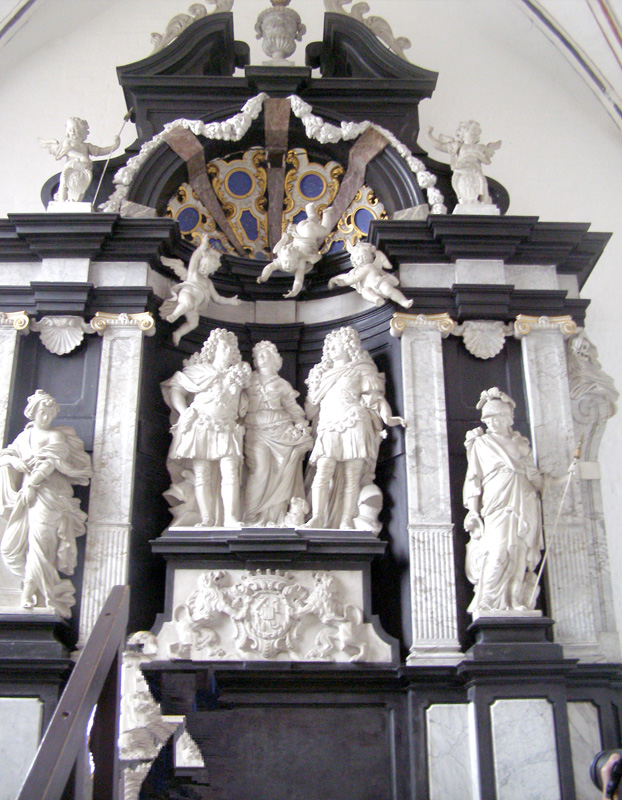 From there, we visited the Cathedral of Aarhus or Aarhus Domkirke, which was thought to be started at the end of the 12th century from an aristocrat named Peter Vognsen, a member of the famous aristocratic family, Hviderne. Peter was ordained as a bishop in 1191. The cathedral, originally built as a Romanesque basilica, was a huge project and was not finished until about 1350. The outer walls and beautiful chapels along the eastern wall are the only surviving Romanesque element now.

The building underwent a radical rebuilding in the Gothic style between 1449 and 1500. The cathedral is the longest church in Denmark and seats approximately 1200 people. It was dedicated from the very beginning to St. Clement, the patron saint of sailors, and has a replica of a period ship hanging in a place of honor.

We returned to the Regal Princess soaked through (my jeans actually bled blue onto my new white leather sneakers!), but I think, none the worse for wear, really.

We stopped at the bakery in the Piazza for a warm cappuccino or café latte and a pastry. Then we headed up to our rooms to change and warm up. We had dinner that evening in the Symphony Dining Room with our DR Team, and I had:

We caught Christopher Watkins’ second performance, “Up Close and Personal”, in the Piazza after dinner. At one point during the show, a lady who was sitting on the floor leaning up against a chair, started to nod off. Chris caught her. He then kneeled on the floor and played directly to her. She woke up, jumped and then laughed. Chris gave her a hug and coyly apologized and explained he just couldn’t resist. The Piazza was hopping with his music. It was amazing this woman could fall asleep! Later on, we caught a show in the Princess Theatre called, “Sweet Soul Music” with the Regal singers and dancers.

Soon after, we retired to our room. Berlin was a really early start the next morning and was going to be a long day… 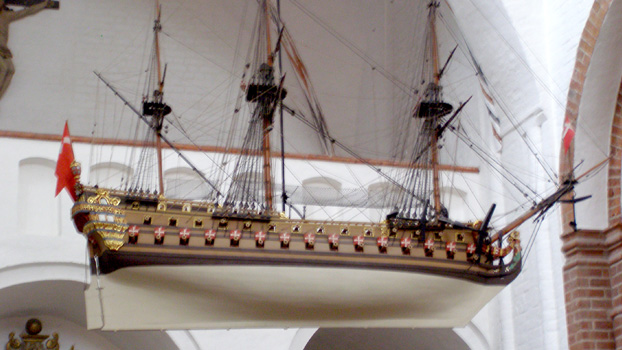 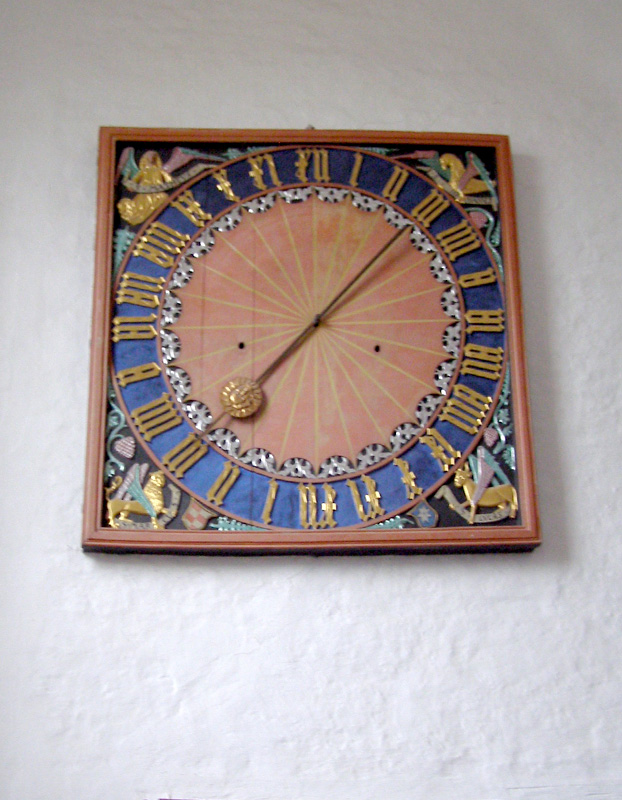 A 24-hour clock hangs by the entrance in the Aarhus Cathedral.