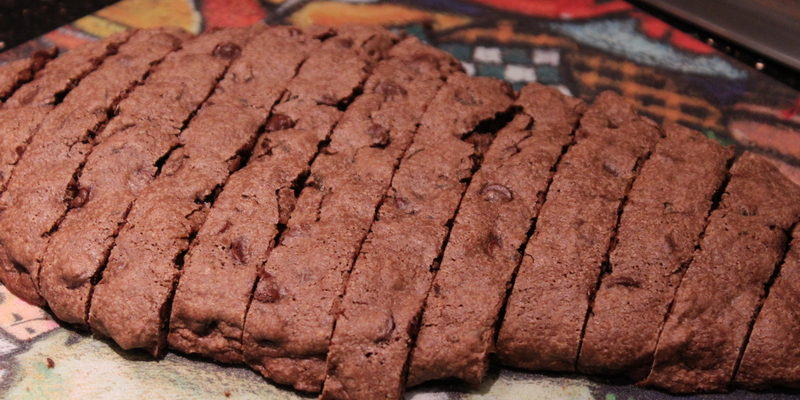 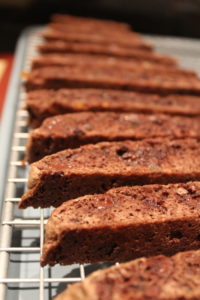 baking as a loaf to start; slicing into the oblong cookies and baking the slices for a shorter period of time on one side; and then flipping them over and baking again on the other side. My method is a lot easier and cuts the baking down to only 2 times in the oven…

After the first bake as a loaf, slice your biscotti dough and place the slices on a cooling rack that has been placed on your baking sheet and put the sliced cookies into the oven to do your second bake. Your biscotti will brown evenly on both sides. 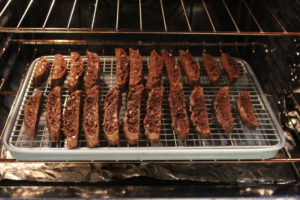 You won’t have to flip them over and bake again, and bonus; you can then remove the cooling rack with the biscotti still in place to cool.

You won’t have to flip a second time, nor will you have to remove them from the cooling rack until they’ve cooled. 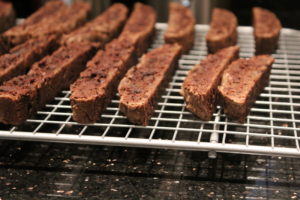 Special Note: Baking time for the sliced biscotti may vary based on how large you like your biscotti. The fatter the cookie, the longer the baking time!

I’ve also posted my Dark Chocolate and Ginger Biscotti recipe for you in the recipe section on the website. You’ll find that Chocolate and ginger pair really nicely in this easy recipe, and you’ll love them! 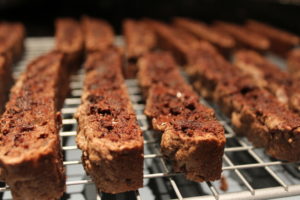